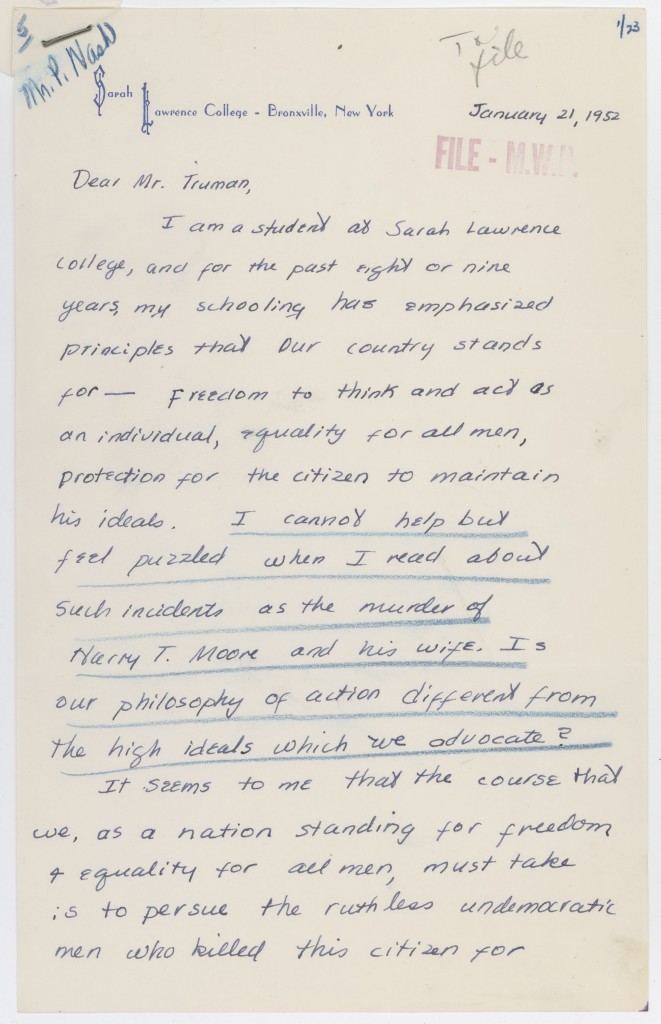 As head of the Florida NAACP, Harry T. Moore tirelessly protested lynchings and discrimination. He led a voter registration drive that added more than 100,000 African American voters. In 1951, on Christmas night, Moore’s house was bombed—killing him and his wife, Harriette. The attack shocked many Americans.

Among those who expressed their outrage was Arden Rappaport who wrote that those guilty of this crime should be apprehended and punished as living example[s] that the United States not only preaches high moral values, but lives and acts by her own dictates and principles.”