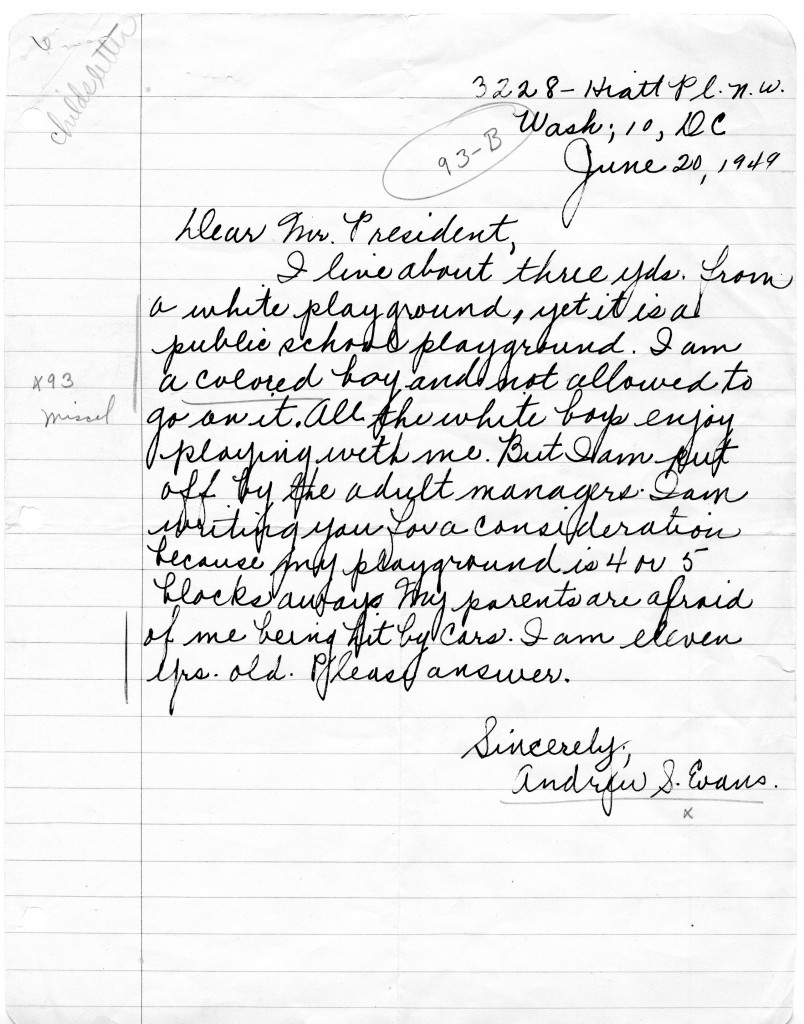 The First Amendment to the Constitution guarantees all Americans the right “to petition the Government for a redress of grievances.” Many Americans—children as well as adults— have exercised this right by writing to the President of the United States.

Andrew S. Evans wrote to President Harry S. Truman to voice his opposition to racially segregated playgrounds. The 11-year-old lived only “about three yds. from a white playground,” he wrote. But he was prohibited from using the playground and had to go to one “4 or 5 blocks away.” Evans requested a response from Truman.