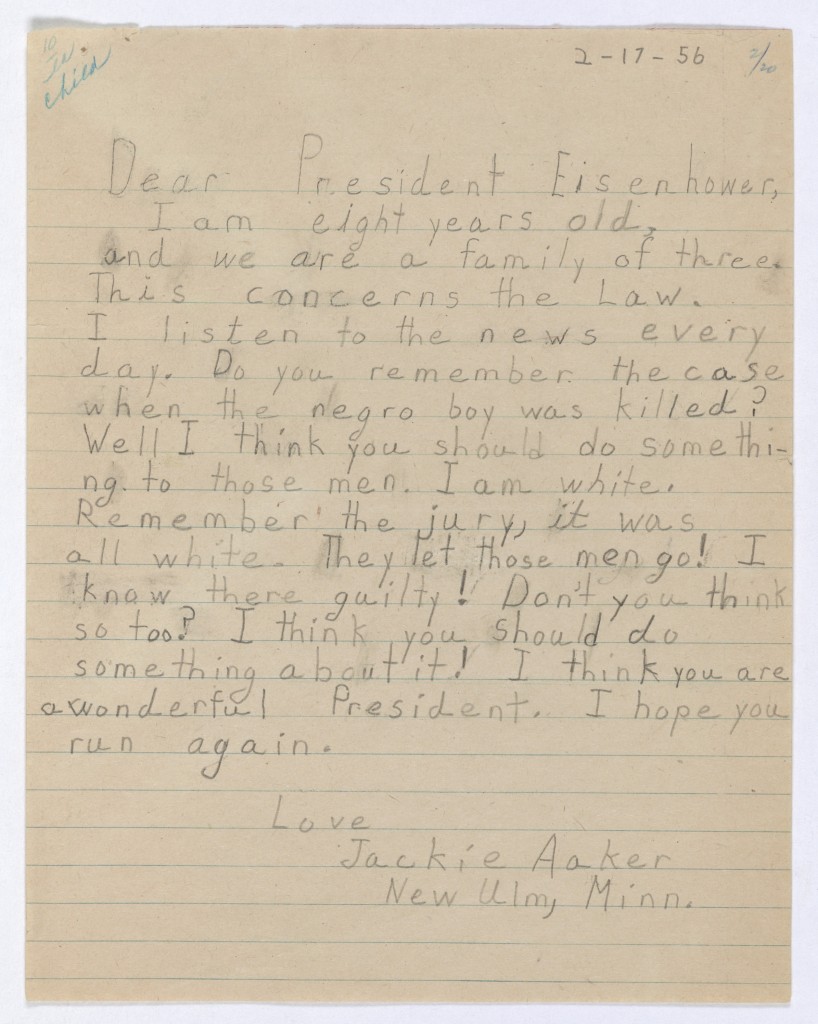 On February 17, 1956, eight-year-old Jackie Aaker wrote to President Eisenhower about the case “when the negro boy was killed.” This was likely a reference to the murder of Emmett Till on August 28, 1955. Aaker wrote, “I think you should do something about it!”