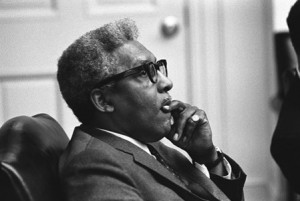 A prolific activist, Bayard Rustin was known as “an intellectual engineer behind the scenes,” and the success of the March on Washington was credited to his planning.

He was in federal prison from 1944 to 1946 for conscientiously objecting to serving in World War II. He helped found the Southern Christian Leadership Coalition to support the efforts of a then young, largely unknown minister named Martin Luther King Jr.. His achievements could have made him a household name.

But his open homosexuality led organizations to keep him in the background.