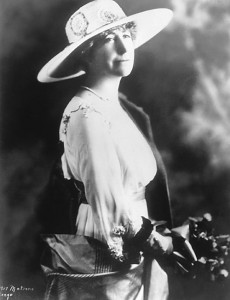 In 1916 – four years before before the 19th Amendment granted women across the country the right to vote – Jeannette Rankin was elected to Congress as a Representative from Montana.

Rankin was sworn into office on April 2, 1917, having presented this credential as evidence that she had been duly elected by the people of a state. As typical of these credentials, it was signed by the governor of the state, Sam Stewart, and the secretary of state.

On her first day in office, President Woodrow Wilson asked Congress for a declaration of war against Germany, given their recent increase in hostilities. A pacifist, Rankin voted against the declaration of war, along with 49 other members of Congress. Unfortunately, this decision turned away many of her supporters.

In the next election, Rankin decided not to run for the House again, but ran for the Senate instead. After losing the Republican primary, positioned herself as a third-party candidate, but was not elected again to Congress. However, her fight for causes she believed in, including peace, was not over. In 1940, she again ran for a seat in the House of Representatives – and was elected!

On December 8, 1941, Rankin and her fellow Congressmen and women were called upon again by the President to declare war on a foreign power, just days after the attack on Pearl Harbor. Again, Rankin voted against war, but this time she was alone in doing so. After her term ended, she chose not to run again for re-election, but continued to be a vocal advocate for pacifism, including speaking out against the Vietnam War.

Jeannette Rankin’s credentials, as well as the tally sheet of the vote in the House of Representatives for a declaration of war against Japan, December 8, 1941, are on display in the “Featured Documents” exhibit in the East Rotunda Gallery of the National Archives in Washington, DC, from January 26 through April 3, 2017.