Political communicators and strategists will discuss their experiences working on political campaigns on both local and national levels, the changes in opportunities and obstacles, and advice for young women looking to become more involved in politics.

This program is made possible in part by the National Archives Foundation with the generous support of the William G. McGowan Charitable Fund. 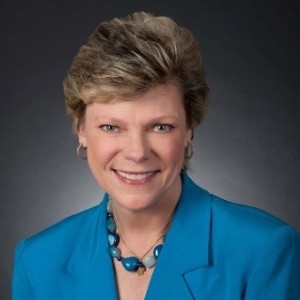 Cokie Roberts is a political commentator for ABC News, providing analysis for all network news programming. From 1996-2002 she and Sam Donaldson co-anchored the weekly ABC interview program “This Week”. Roberts also contributes political analysis for National Public Radio (NPR). In her more than forty years in broadcasting, she has won countless awards, including three Emmys. She has been inducted into the Broadcasting and Cable Hall of Fame, and was cited by the American Women in Radio and Television as one of the fifty greatest women in the history of broadcasting.

In addition to her appearances on the airwaves, Roberts, along with her husband, Steven V. Roberts, writes a weekly column syndicated in newspapers around the country by U Click. The Roberts are also contributing editors to USA Weekend Magazine, and together they wrote Our Haggadah: Uniting Traditions for Interfaith Families, published in 2011. Their other book together, From this Day Forward, an account of their now more than forty-five year marriage and other marriages in American history immediately went onto The New York Times bestseller list. It followed Cokie Roberts’s number one bestseller, We Are Our Mothers’ Daughters, an account of women’s roles and relationships throughout American history. Roberts histories of women in America’s founding era–Founding Mothers, published in 2004 and Ladies of Liberty in 2008, also became instant bestsellers.

Cokie Roberts holds more than twenty honorary degrees, serves on the boards of several non-profit institutions and President Bush appointed her to his Commission on Service and Civic Participation. In 2008 the Library of Congress named her a “Living Legend,” one of the very few Americans to have attained that honor. She is the mother of two and grandmother of six. 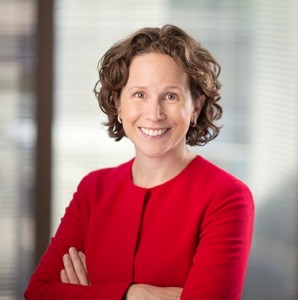 Karen L. Dunn focuses her practice on high-profile civil litigation, including civil trials, as well as strategic counseling and crisis management. Ms. Dunn has received broad recognition for her work. She has been named one of the National Law Journal’s Outstanding Women Lawyers, Litigator of the Week by The American Lawyer and Global Competition Review, and one of ten “Most Compelling Women in Washington, DC” by Elle Magazine.

Ms. Dunn is an accomplished trial lawyer and courtroom advocate. Within the span of one year, together with BSF partner Bill Isaacson, she won significant jury verdicts for two of America’s top technology companies. The following year, she successfully argued summary judgment resulting in victory for another prominent technology company in a high-stakes case. That same year, Ms. Dunn and her co-counsel won a two-year pro bono legal battle in local and federal courts to enforce the District of Columbia’s Local Budget Autonomy Act.

As a crisis management expert, Ms. Dunn specializes in confronting high-stakes legal problems that require companies and their executives to simultaneously contend with the law, the media, and the government. Her work preparing political candidates including Secretary Hillary Clinton and President Barack Obama for debates, and numerous individuals for high profile congressional hearings, including Supreme Court confirmations, has received extensive media coverage. She has also been a consultant to the television show, House of Cards, although readily recognizes that the show bares little resemblance to her daily legal work.

Ms. Dunn brings to her work experience in all three branches of government. Prior to joining the firm, Ms. Dunn served as an Assistant United States Attorney in the Eastern District of Virginia where she tried to jury verdict a number of multi-defendant cases and led complex investigations. She also served as Associate Counsel to President Barack Obama, representing the Executive Office of the President in congressional investigations and overseeing litigation. Earlier in her career, Ms. Dunn served as a law clerk to Judge Merrick B. Garland of the United States Court of Appeals for the DC Circuit, and to Justice Stephen G. Breyer of the Supreme Court of the United States. And, prior to becoming an attorney, Ms. Dunn served in the Senate as communications director and senior advisor to Hillary Clinton, where she managed frequent crises and dealt daily with countless New York and national media outlets. 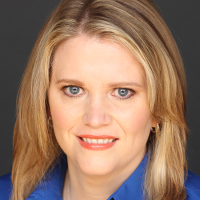 Sara Fagen is a partner at DDC Public Affairs, one of the nation’s leading public affairs firms.  She joined DDC in 2011, after the company acquired BlueFront Strategies, a communications and issue advocacy firm she founded in 2008.  She leads many of the firm’s most complex engagements and she is adept at helping her clients leverage the full potential of technology with smart communications and political strategy to achieve their desired outcomes.  She has helped Fortune 500 brands as well as mid-sized companies, trade associations, and family offices.

Sara honed her skills while serving as a senior aide and White House Political Director for President George W. Bush.  She also played a key role in the President’s 2004 re-election campaign, in which she served as a senior strategist directing opinion research and paid media.  After the campaign, the Wall Street Journal called her a “data whiz,” saying, “As a top strategist for the 2004 Bush-Cheney re-election efforts, Fagen helped perfect micro-targeting.”

Sara’s commentary can be seen on CNBC, where she is a regular contributor. 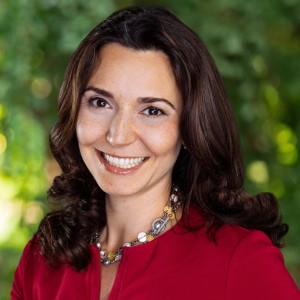 Margie Omero is the new EVP of Public Affairs at PSB Research, a strategic research company with offices around the world. She has over 20 years of experience managing all facets of qualitative and quantitative research including everything from methodological design to business development and strategic analysis. Her clients have included some of the world’s biggest brands, such as Kellogg’s, McDonald’s, and Walmart, as well as non-profit and advocacy groups such as The Center for American Progress, Everytown for Gun Safety, and Compassion and Choices. Omero has also led the bipartisan team studying Walmart Moms—a proven swing voting bloc covered by most major news outlets.

Omero is the creator and co-host of a top-200 podcast The Pollsters, covering the polls driving news in politics, tech, entertainment and pop culture. It’s the only podcast exclusively focusing on polling in the United States, and has been featured by iTunes, Google, and others.

Omero has been named one of “50 Politicos to Watch” by Politico, a “Mover and Shaker” by Campaigns & Elections magazine, a “Young Woman of Achievement” by the Women’s Information Network, and “Rookie of the Year” by the American Association of Political Consultants.

Omero graduated from the University of Texas at Austin, with High Honors and Special Honors in the University honors program, and wrote her honors thesis using longitudinal survey data. She is professionally and academically trained in statistics and sampling, and is a professionally-trained focus group moderator with experience leading over a thousand qualitative sessions. She lives in Takoma Park, Maryland. 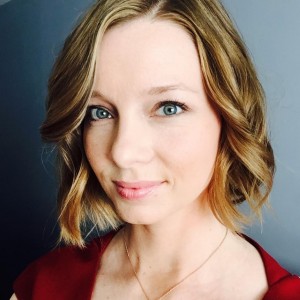 Kristen Soltis Anderson is author of The Selfie Vote: Where Millennials Are Leading America (And How Republicans Can Keep Up). She is a pollster and co-founder of Echelon Insights, a research and analytics firm. She was one of TIME’s “30 Under 30 Changing the World” and has been featured as one of ELLE’s 2016 “Most Compelling Women in Washington.”
Anderson is an ABC News political contributor, columnist at The Washington Examiner, and is the co-host of The Pollsters, a bipartisan weekly podcast. She regularly appears on programs such as Morning Joe, Fox News Sunday, Real Time With Bill Maher and more.

In 2014, Anderson was a Resident Fellow at the Harvard Institute of Politics. Her research on millennial attitudes has been featured in The New York Times Magazine and she regularly speaks to audiences of corporate leaders and public officials about how to reach the millennial generation.

Prior to launching Echelon Insights, Anderson was Vice President of The Winston Group, a Republican polling firm. She received her master’s degree from Johns Hopkins University and her undergraduate degree from the University of Florida.