Boardwalk Empire: Behind the Scenes of the HBO Series 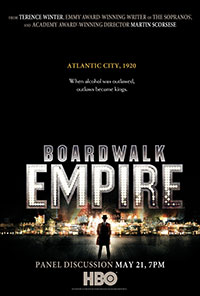 A book signing will follow the program. Purchase this book on the day of the event from the myArchives Store and receive a 15% discount (members get 20% off).

This program is presented by the National Archives in partnership with HBO.