Spanish poet Federico Garcia Lorca once wrote: “The only things that the United States has given to the world are skyscrapers, jazz, and cocktails.” He then added, “…in Cuba, in our America, they make much better cocktails.”

The U.S. may have invented the cocktail, but it wasn’t long before it became entwined with the island nation of Cuba, especially through the invention of two of the world’s most recognized libations—the Daiquiri and Rum & Coke. Military intervention, organized crime and literary giants, all in the shadow of revolution, mark the fascinating history of these drinks. Cuba also continues to produce great spirits, bars and bartenders, encouraging a new generation of “spirited travelers” to make the pilgrimage to Cuba.

We’ve gathered some of those travelers, along with one of Cuba’s most renowned bartenders, to discuss cocktails, Cuba and the United States, past and present. Following a reception with specialty cocktails from Columbia Room, Derek Brown, Drink Company, will moderate a discussion with Julio Cabrera, bartender at The Regent Cocktail Club in Miami; Simon Ford, co-owner of the 86 Spirits Company; Phil Greene, co-founder of the Museum of the American Cocktail and author of To Have and Have Another: A Hemingway Cocktail Companion; and John Lermayer, owner of Sweet Liberty.

This event is part of the History Happy Hour series, and is sponsored by the 86 Spirits Company. 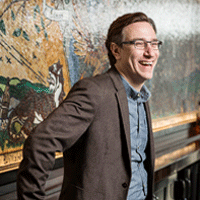 Derek Brown is a leading spirits and drinks expert behind four of the country’s most respected craft cocktail bars, James Beard Award-nominated Columbia Room and Mockingbird Hill, as well as Eat the Rich and Southern Efficiency, all located in Washington, DC.

A native Washingtonian with deep ties to the city — his great-grandfather was once DC’s police chief — Derek admits that Washington provides a unique vantage point as the capital city, having mixed drinks for everyone from royalty, ambassadors and senators to fellow Washingtonians, interns and students. He’s concocted cocktails at the White House, clinked glasses with Martha Stewart and was appointed Chief Spirits Advisor at the National Archives.

Playboy recently ranked Derek #5 on its list of “10 Entertainers, Thought Leaders and Heroes Who’ll Save Us in 2017,” declaring that “from happy hour to closing time, this man could be the most powerful unelected official in our nation’s capital.”

Derek’s passion for spirits has taken him across the globe, where he’s learned about the integral role drinking plays in the culture, customs and values of communities worldwide. He’s also written about drinks and drinking for The Atlantic, The Washington Post and Bon Appétit, among other publications.

Derek heads Drink Company, the umbrella entity for his four Washington watering holes, and when he’s not behind the bar, sits on the DC Public Library Foundation board of directors. Derek is also a spirits judge at the prestigious San Francisco World’s Spirit Competition, is on the advisory council for BevCon Charleston, serves as Mixology Chair for Share Our Strength’s “Taste of the Nation” event and in 2015, was named Imbibe magazine’s “Bartender of the Year.”

His innovative approach to bartending lead The Wall Street Journal to describe Derek’s methodology as “a systematic, almost scientific, strategy for inventing.” Case in point: his signature drink, “The Getaway,” which mixes black molasses rum with artichoke liqueur and fresh lemon juice. As for his favorite drink? That would be a dram of good whiskey. 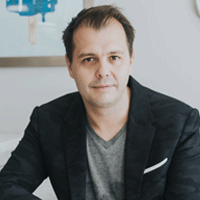 Simon Ford is a leading voice of the global cocktail and bar industry with over 20 years experience in bartending, educating on cocktails & spirits and marketing some of the biggest spirits brands on the planet. He is regularly invited to lead education sessions, judge global competitions, and deliver seminars at international conferences such as the NY Food & Wine Festival, Sydney Bar Show, London Cocktail week, The CIA’s International Association of Culinary Professionals, and Tales of the Cocktail among others.

His expertise is often requested in the media with appearances on Emeril Lagasse’s “Emeril’s Table,” CNN , Fox, Wall Street Journal Live, and a series of how-to video’s for Liquor.com. He has been featured in numerous publications, including the New York Times, Forbes, Harper’s Bazaar, Wall Street Journal, Men’s Health, the Huffington Post, and was featured on the cover of Tasting Panel in 2012 and called “The guru of the modern brand builders” by Inside F&B. Simon was awarded Best International Brand Ambassador in 2007 and Best US Brand Ambassador in 2009 for his work on Plymouth Gin at the Tales of the Cocktail conference’s Awards, the spirit, cocktail & bar world’s most prestigious, Simon has now assumed the role of chairman and co-hosts the Awards.

Simon is now the co-founder of The 86 Company, a spirits company dedicated to creating brands designed in unison with professional bartenders and celebrated distillers from around the world. The 86 Co launched Fords Gin, Tequila Cabeza, Aylesbury Duck Vodka and Caña Brava Rum in September 2012. 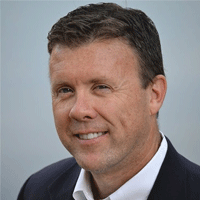 Philip Greene is an attorney, writer and cocktail historian. He is Trademark and Internet Counsel to the U.S. Marine Corps, based at the Pentagon. He is one of the founders of the Museum of the American Cocktail in New Orleans. Phil is also on the Board of Directors of the National Food & Beverage Foundation, and the Museum of the American Cocktail’s Founders Board, both based in New Orleans.

In particular, Phil is an authority on the life and favorite drinks of Ernest Hemingway, and his book, To Have and Have Another – A Hemingway Cocktail Companion, (Penguin Press, 2012), has received critical acclaim from The New York Times, Wall Street Journal, Washington Post, Chicago Tribune, Food & Wine, Wine Enthusiast, Garden & Gun, Kirkus Reviews, HuffingtonPost.com, and many others, and remains a best seller in several categories. Phil’s second book, The Manhattan: The Story of the First Modern Cocktail (with recipes) was published May 3, 2016, by Sterling Epicure, and has received very good reviews and international distribution.

Phil is also a Brand Ambassador and consultant for the Hemingway Rum Co., and their line of award-winning rums under the Papa’s Pilar brand. Additionally, he is a Brand Ambassador and consultant for the Sazerac Co., makers of Peychaud’s Aperitivo and Peychaud’s Bitters. He has also served as a Brand Ambassador for Domaine de Canton French Ginger Liqueur, and offers consulting services for the bar and restaurant trade. He has also performed a series of entertaining cocktail seminars for the Greater Palm Springs Convention and Visitors Bureau, in cities in the U.S. and Canada from coast to coast.

Phil is also a contributing drinks columnist for The Daily Beast, and is among the authors of the Oxford Companion to Cocktails and Spirits, which should be published in 2017.

Reservations must be made online or by calling 202.357.5946. The program fee is non-refundable. A space cannot be reserved without full payment.