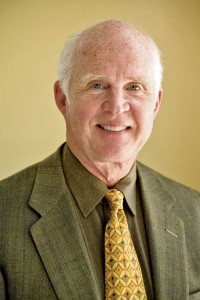 The National Archives Foundation today announced that American author and Pulitzer Prize winner Taylor Branch will receive its 2015 Records of Achievement Award. The honor recognizes Branch’s lifelong work to chronicle the life of Dr. Martin Luther King Jr. and the history of the Civil Rights movement in his landmark series America in the King Years.

“As our nation observes the 50th anniversary of the Voting Rights Act, it feels especially appropriate to salute Taylor Branch’s meticulous scholarship and his gift for bringing the details of that pivotal era to life,” said A’Lelia Bundles, Chair of the Board of the National Archives Foundation. “We eagerly look forward to his conversation with former Attorney General Eric Holder about their shared interest in the history and future of civil rights.”

“I am pleased that the National Archives Foundation has selected Taylor Branch for its 2015 Records of Achievement Award,” said David S. Ferriero, Archivist of the United States. “Branch’s Pulitzer Prize-winning narrative history of the United States during the Civil Rights era has shaped the public’s understanding of this transformative period of American history.”

Mr. Branch will receive the award at the Foundation’s annual Gala, held at the National Archives, on October 28 in Washington, DC. Congressman John Lewis will serve as an honorary co-chair of the event. Tickets are now available for purchase online.

The program will include an on-stage interview by former Attorney General Eric H. Holder.

“From marriage equality, to law enforcement engagement with the communities they are sworn to protect and serve, to that most fundamental American right – the right to vote –the need to learn from the civil rights struggles of the past remains vital and urgent,” added Holder. “I am honored to share the stage with Taylor Branch in what promises to be an informative evening of lessons learned and a rigorous discussion on how we all can continue to learn from our history.”

The Records of Achievement Award is an annual tribute given by the National Archives Foundation to an individual whose work has fostered a broader national awareness of the history and identity of the United States through the use of original National Archives records. Previous recipients of the Foundation’s award include: Steven Spielberg, Ken Burns, David M. Rubenstein, the late John Hope Franklin, David McCullough, Tom Brokaw, Annette Gordon-Reed, Brian Lamb and C-SPAN, James McPherson, and Robert Edsel.

Mr. Branch began his career in 1970 as a staff journalist for The Washington Monthly, Harper’s, and Esquire. He holds honorary doctoral degrees from ten colleges and universities. Other citations include the Dayton Literary Peace Prize Lifetime Achievement Award in 2008 and the National Humanities Medal in 1999, awarded to him by President Clinton at the D.A.R. Constitution Hall. Sample of book reviews, lectures, media appearances, blogs, printed commentary, and musical tracks are available on the website, taylorbranch.com.