The National Archives Foundation presented Pulitzer Prize-winning historian Ron Chernow; Tony and Emmy Award-winning film and theater director Thomas Kail; and Tony and Pulitzer Prize-winning composer, lyricist, and performer Lin-Manuel Miranda with its 2016 Records of Achievement Award at its annual Gala on September 25. The award honors their collective work on the Tony, Grammy, and Pulitzer Prize Award-winning Broadway musical “Hamilton,” inspired by the 2004 biography of Alexander Hamilton by Mr. Chernow. The Broadway musical was directed by Mr. Kail, and was written by and stars Mr. Miranda. At the Gala, Rebecca Mead of The New Yorker joined Chernow, Kail, and Miranda for a conversation.

Click here to see past recipients of the Foundation’s Records of Achievement and Heritage Awards.

The Records of Achievement Award is an annual tribute given by the National Archives Foundation to individuals whose work has cultivated a broader national awareness of the history and identity of the United States through the use of original records. Through their work, recipients educate, enrich, and inspire a deeper appreciation of our country, its ideals and its aspirations. Previous recipients of the Foundation’s awards include: Taylor Branch, Tom Brokaw, Ken Burns, the late John Hope Franklin, Robert Edsel, Annette Gordon-Reed, Brian Lamb and C-SPAN, Jacqueline Badger Mars, David McCullough, James McPherson, David M. Rubenstein, and Steven Spielberg.

One of the most talked about plays in American theater today, “Hamilton” has garnered tremendous commercial success, as well as significant critical acclaim for its historic content. Through the compelling story of Alexander Hamilton’s life and death, the musical combines Mr. Chernow’s biographical content with hip-hop lyrics and staging by Mr. Miranda and Mr. Kail, bringing the past to life in an accessible and immersive experience for audiences.

In addition to being the home of the Constitution of the United States (signed by Alexander Hamilton as the representative from New York), the National Archives holds many documents written by Mr. Hamilton in the course of his work helping establish our federal government in the early days of the republic. The National Archives in partnership with the University of Virginia, hosts Founders Online, a virtual database of more than 175,000 documents penned by George Washington, Benjamin Franklin, John Adams (and family), Thomas Jefferson, Alexander Hamilton, and James Madison. The Hamilton papers amount to more than 7,600 searchable documents, used by scholars across the globe. 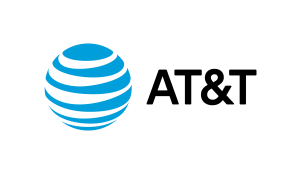 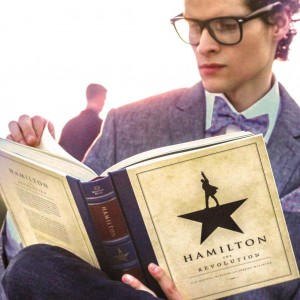 Buy Hamilton: The Revolution (aka the “Hamiltome”), Ron Chernow’s biography Alexander Hamilton, and other Hamilton-related products from the National Archives Store and support history and civics educational initiatives across the country!

Congratulations to our “Hamilton” ticket giveaway winner Anne, a teacher from California! 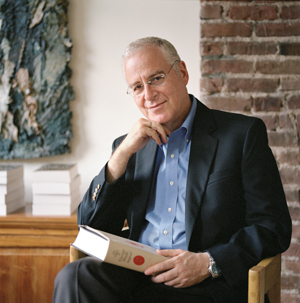 Ronald Chernow is an American writer, journalist, historian, and biographer. He has written bestselling and award-winning biographies of historical figures from the world of business, finance, and American politics. Mr. Chernow received the 2011 Pulitzer Prize for Biography and the 2011 American History Book Prize for his book, “Washington: A Life.” and is also the recipient of the National Book Award for Nonfiction for his 1990 book, “The House of Morgan: An American Banking Dynasty and the Rise of Modern Finance.” His biographies of Alexander Hamilton and John D. Rockefeller were both nominated for National Book Critics Circle Awards, while “The Warburgs: The Twentieth-Century Odyssey of a Remarkable Jewish Family” was honored with the 1993 George S. Eccles Prize for Excellence in Economic Writing. Mr. Chernow began his career as a freelance journalist, and wrote more than 60 articles in national publications from 1973 to 1982. Mr. Chernow’s biography on Alexander Hamilton was adapted into the award-winning Broadway musical “Hamilton,” by Lin-Manuel Miranda, which opened on Broadway in August 2015, and served as historical consultant to the production. Chernow earned his bachelor’s degree with honors from Yale, and his master’s degree from Cambridge University in 1972. 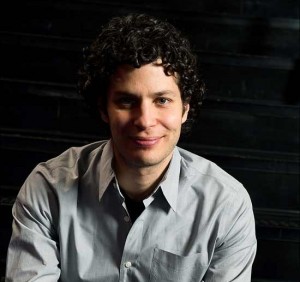 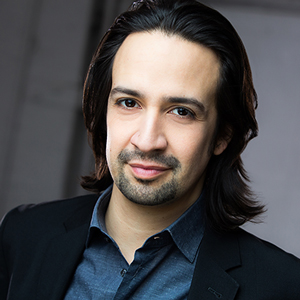 Lin-Manuel Miranda is an award-winning composer, lyricist, and performer, as well as a 2015 MacArthur Foundation Award recipient. His current musical, “Hamilton” – with book, music and lyrics by Mr. Miranda, in addition to him playing the title role – opened on Broadway in 2015 following a sold-out run at New York’s Public Theater In 2016, Hamilton won 11 Tony Awards including Best Book and Best Score for Mr. Miranda, the Grammy Award for Best Musical Theater Album and the Pulitzer Prize in Drama. Off-Broadway, “Hamilton” received a record-breaking 10 Lortel Awards, as well as three Outer Critic Circle Awards, eight Drama Desk Awards, the New York Drama Critics Circle Award for Best New Musical, and an OBIE for Best New American Play. “Hamilton” is the 2015 recipient of the Edward M. Kennedy Prize for Drama Inspired by American History. Mr. Miranda’s first Broadway musical, “In the Heights,” received four 2008 Tony Awards (including Best Orchestrations, Best Choreography and Best Musical), with Mr. Miranda receiving a Tony Award for Best Score, as well as a nomination for Best Leading Actor in a Musical. “In the Heights” also took home a 2009 Grammy Award for its Original Broadway Cast Album and was recognized as a finalist for the 2009 Pulitzer Prize in Drama. He received his bachelor’s degree from Wesleyan University in 2002, and lives in New York with his wife, son, and dog. To read more about Mr. Miranda and his work, visit his website at: http://www.linmanuel.com.