On Wednesday, November 13, the National Archives Foundation honored the life and legacy of Cokie Roberts as the 2019 recipient of its Records of Achievement Award in recognition of her commitment to chronicling the American story as an award-winning journalist, historian, political commentator and best-selling author.

The Records of Achievement Award is an annual tribute given by the National Archives Foundation to individuals whose work has cultivated a broader national awareness of the history and identity of the United States through the use of original records. Through their work, recipients educate, enrich, and inspire a deeper appreciation of our country, its ideals and its aspirations. Previous recipients of the Foundation’s award include: Former First Lady Laura Bush, Tom Hanks, Ron Chernow, Thomas Kail, Lin-Manuel Miranda, Taylor Branch, Robert Edsel, Steven Spielberg, David M. Rubenstein, Ken Burns, Annette Gordon-Reed, and more. 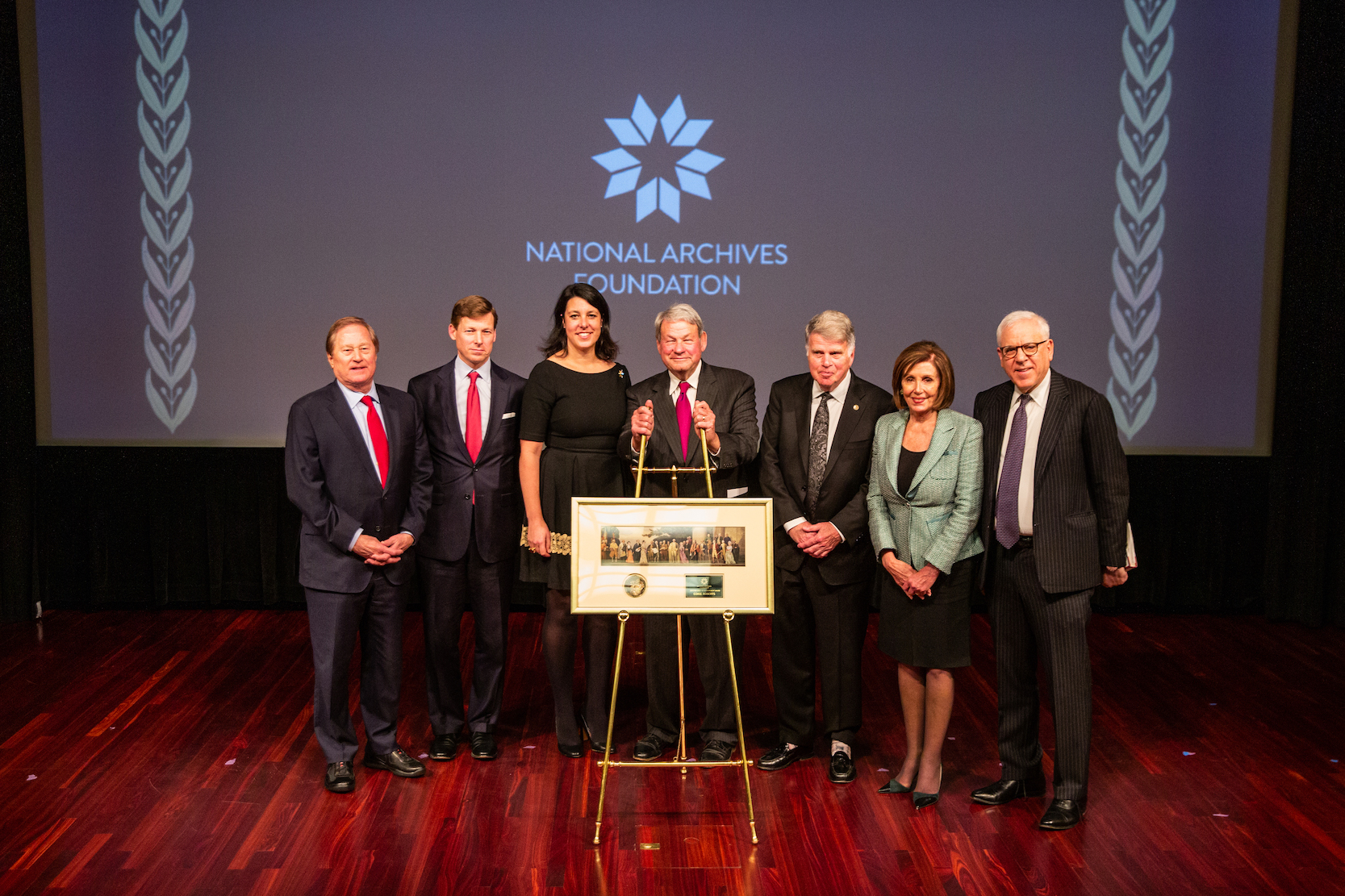 The Foundation projected special images onto the Barry Faulkner mural in the National Archives Rotunda for the first time. Cokie Roberts often noted to visitors that the Faulkner murals failed to include women. In this spirit, the National Archives Foundation commissioned artist Samara King of Port Townsend, Washington, to bring equality to the murals with the projected addition of Abigail Adams, Dolley Madison, Martha Washington and Eliza Hamilton to ensure that, as Cokie would fondly say, “We remember the ladies!” 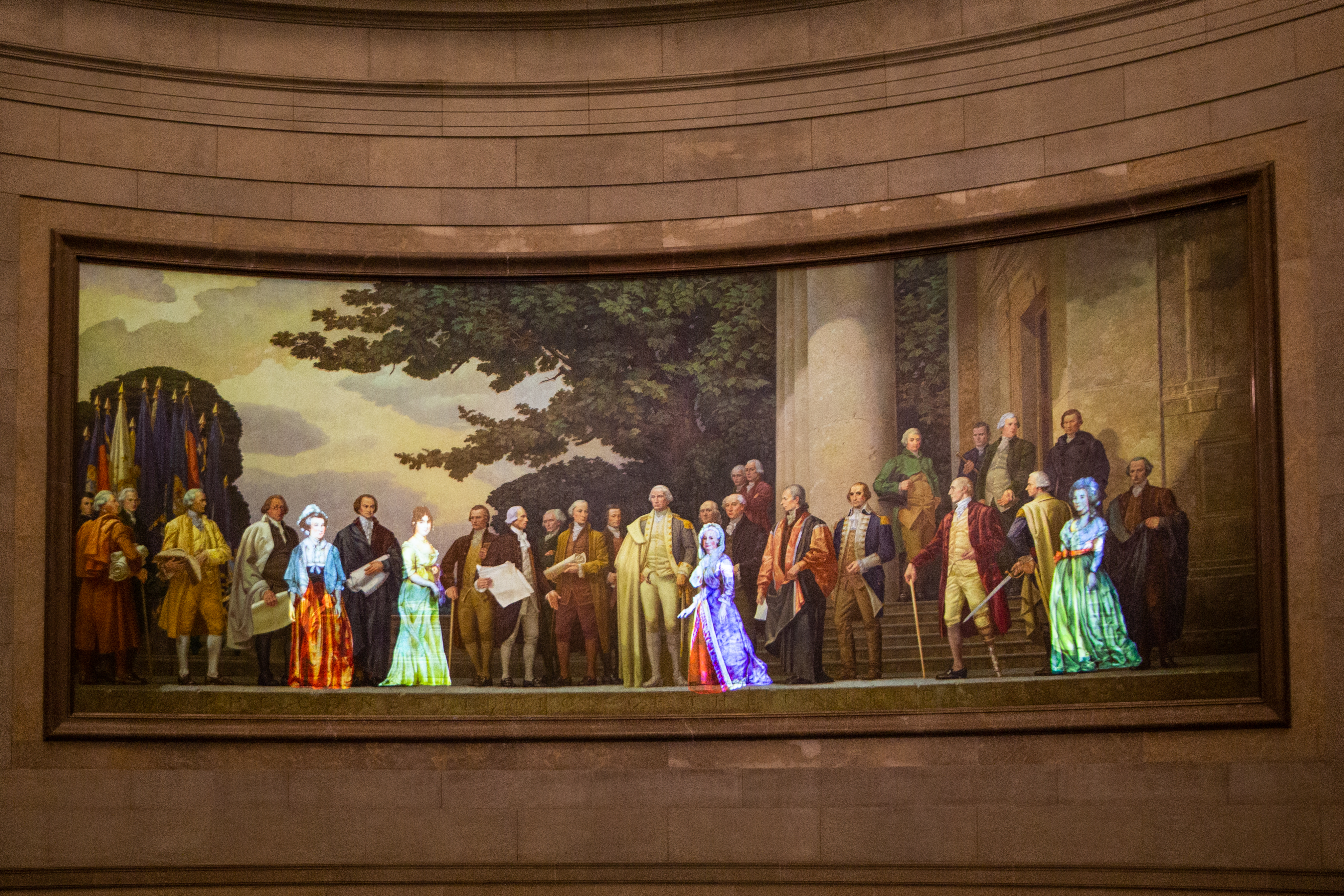 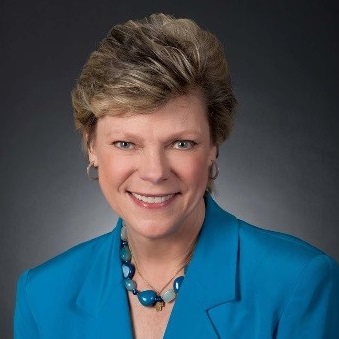 Cokie Roberts was a political commentator for ABC News and NPR and in her more than forty years in broadcasting, won countless awards, including three Emmys. She was inducted into the Broadcasting and Cable Hall of Fame and cited by the American Women in Radio and Television as one of the fifty greatest women in the history of broadcasting. In addition to her reporting, Ms. Roberts wrote six New York Times bestsellers, most dealing with the roles of women in U.S. history.

Ms. Roberts’s books about women in American history: “Founding Mothers,” published in 2004 and “Ladies of Liberty” in 2008, and “Capital Dames” in 2015, about women and Washington in the Civil War—all rated as New York Times bestsellers, along with her children’s book “Founding Mothers,” illustrated by Caldecott award winner Diane Goode. Ms. Roberts and her husband Steven V. Roberts collaborated on the children’s version of “Ladies of Liberty,” published in December 2016.

Cokie Roberts holds more than thirty honorary degrees, served on the boards of several non-profit institutions and President Bush appointed her to his Commission on Service and Civic Participation. In 2008 the Library of Congress named her a “Living Legend,” one of the very few Americans to have attained that honor. She was the mother of two and grandmother of six.

Past Records of Achievement Award Recipients