On October 19, the National Archives Foundation honored award-winning presidential historian and author Michael Beschloss with our prestigious Records of Achievement Award for his commitment to chronicling the American story.

The Records of Achievement Award is the highest honor bestowed by the National Archives Foundation to an individual whose contributions have fostered a broader national awareness of the history and heritage of the United States as exemplified in the National Archives’ records. 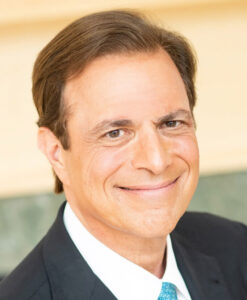 Known as “the nation’s leading Presidential historian,” Michael Beschloss is one of the most impactful authors and journalists of our generation. He is a best-selling author whose works include Presidents of War: The Epic Story, from 1807 to Modern Times, Presidential Courage: Brave Leaders and How They Changed America 1789-1989, The Crisis Years: Kennedy and Khrushchev, 1960–1963, and Mayday: Eisenhower, Khrushchev, and the U-2 Affair, to name a few. He is a long-time supporter and advocate of the National Archives and has been a distinguished member of the National Archives Foundation Board of Directors for over twenty years.

Highlights of the celebration included a cocktail hour; theater program and award presentation, including an interview between Andrea Mitchell, NBC Chief Foreign Affairs Correspondent, and Michael Beschloss; a seated dinner in the Rotunda and Rotunda Galleries – just steps away from the Declaration of Independence, U.S. Constitution, and Bill of Rights; and a dessert reception on the Archives’ portico overlooking Constitution Avenue.