The event was sponsored by AT&T, with the generous support of Governor Jim Blanchard and Janet Blanchard, and the Maris S. Cuneo Foundation. 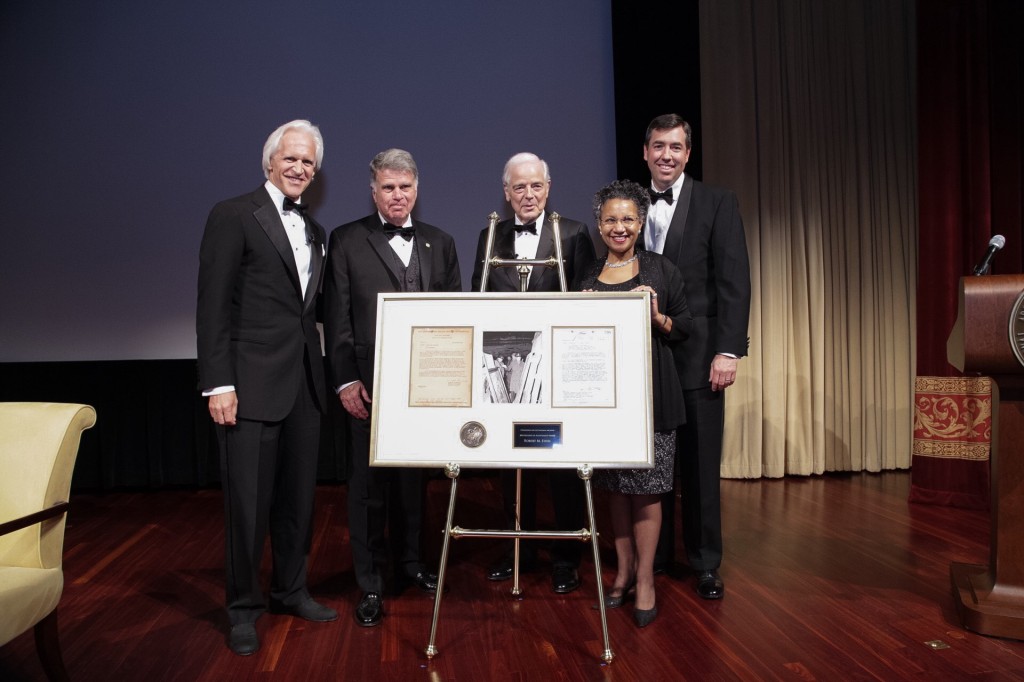 The Records of Achievement Award is an annual tribute given to an individual whose work has cultivated a broader national awareness of the history and identity of the United States through the use of original records, including those preserved by the National Archives. Foundation Chair A’Lelia Bundles, Executive Director Patrick M. Madden, and Honorary Gala Chair Nick Clooney joined Archivist of the United States David S. Ferriero in presenting the award.

The Foundation recognized Edsel for his tireless efforts bringing to life the storied history of the men and women who served in the Monuments, Fine Arts, and Archives section of the Western Allies during World War II, known collectively as “the Monuments Men”.

“We are thrilled to recognize Robert Edsel with the Foundation’s highest honor. He has brought to life compelling and untold stories from our nation’s history, and he is an inspiration to all of us,” said Madden.