We are reemerging from our homes and apartments. Our communities are starting to come to life. I went to the beach last weekend, and umbrellas were planted in the sand as far as the eye could see. It sure did feel like our country is hopeful that the pandemic is nearing the end.

This Sunday, we will gather in patriotic groups large and small to celebrate the founding, remember those individuals and groups – both celebrated and unknown – who contributed so much to our nation’s progress, and to raise a glass to our shared future.

The Archives holds our shared past. The Archives inspires, surprises, entertains, and educates each of us. The Foundation hopes you will embrace your curiosity and step through the doorway of our history at the Archives. The partnership between the Foundation and the National Archives is powered by donors who show their support of our mission.

This July 4th, we encourage you to show your patriotic colors with a gift of $17.76, or join as a member and add your financial support to help propel our work forward.

Have a patriotic week!

The Enslaved Man Who Freed America

The year that James Armistead, an enslaved Black man owned by William Armistead of Virginia, was born is not precisely known, but he certainly was not much older than 30 when, with his owner’s permission, he volunteered to join the Continental Army. He served under the command of Marie-Joseph Paul Yves Roch Gilbert du Motier, the Marquis de Lafayette, a Frenchman who was an early supporter of the colonists’ independence. On June 9, 1778 in the presence of George Washington, Lafayette swore allegiance to the United States, affirming that the new nation was not subject to the rule of King George III of England. Lafayette persuaded James Armistead to pose as a runaway slave and join the camp of infamous traitor Benedict Arnold and later that of Lord Charles Cornwallis to spy on both commanders. Armistead was very successful at gathering intelligence for the Americans and giving the British incorrect information. His work was key to facilitating the Continental Army’s victory at Yorktown in 1781, which ended the Revolutionary War.

Despite his seminal contributions to the war effort, it was not until 1787 that James Armistead was finally freed. Both William Armistead and Lafayette petitioned the Virginia Assembly for his manumission. Once his freedom was secured, James Armistead added “Lafayette” to his name in honor of the Marquis.

The Social Network of the Revolution

The internet has very rapidly and permanently altered the way information is spread worldwide, but in 1776, it was a completely different story. People could always gossip, of course, but the information they gleaned from such conversations was of dubious worth. Definitive news came to them via printed materials.

The earliest newspaper in the colonies was the Boston News-Leader, established in 1704. By 1775, more than three dozen newspapers were in business. They helped keep the colonists apprised of events as the Revolution moved forward. Other printed materials, including pamphlets (Thomas Paine’s Common Sense being the most famous example), proclamations, and almanacs, kept the news of the day before the eyes of the reading public.

One of the most important and widely used types of publications was the broadside, a large, single sheet of paper printed on only one side and designed to be pasted to walls, lampposts, and other structures. When the delegates to the Continental Congress had signed the Declaration of Independence, it was distributed to the public in the form of the Dunlap broadside, named for printer John Dunlap, who produced hundreds of copies.

Broadsides served other purposes as well. When the Revolutionary Army needed more volunteers, the commanders sent out this broadsheet describing the rations each recruit would receive as members of the Flying Camp, a mobile reserve of militiamen from Pennsylvania, Maryland, and Delaware. The prospect of decent and adequate food was a powerful incentive for some reluctant volunteers.

With all of the ways we have to communicate today, it’s impressive to look back in history and realize that a war was declared, fought and won, and a new country was formed on paper. Even with the prevalence of broadsides and newspapers, news could take days or even weeks to travel. Modern day social media lets us learn and spread information in seconds, and has played an important role in our political landscape. What will you do with the power of communication? We’ve got some ideas in our next story…

When the Founding Fathers declared independence and the Continental Army answered the call to arms, no one was sure of the outcome, or the kind of country we would become on our own. It’s easy to look back on history and think that declaring independence was a foregone conclusion, but the Founders were often in deep disagreement on whether independence was worth the risk.

On June 7, 1776 delegate Richard Henry Lee introduced a resolution where he formally proposed independence to Congress. However, it was clear that New York, New Jersey, Pennsylvania, Delaware, Maryland and South Carolina weren’t quite ready to vote for independence just yet. Congress spent the next month debating the pros and cons, laying out their vision for a new country. In the end, Congress voted on July 2nd to adopt Lee’s resolution and move forward with independence. The rest, as they say, is history.

This Civic Season, we’ve been encouraging young people to develop their own visions and resolutions for what they want our democracy to look like, and the celebration of America’s birthday is a great time for this reflection. In 1776, Richard Henry Lee stood alone on the floor of Congress and proposed a bold new resolution. But you don’t have to; this Civic Season there’s been 179 organizations in over 33 states encouraging Gen Z and other young voices to share their vision – their resolution – for our Democracy.

Deborah Sampson was born in 1760 in Massachusetts, so she was a very young woman when the Revolutionary War began in 1775. But Deborah disguised herself as a man and enlisted in the Continental Army under the name of Robert Shurtleff. She fought alongside her fellow soldiers until she was injured and her identity was discovered. In 1783, she was honorably discharged from the army.

Deborah Sampson married Benjamin Gannett and the couple raised a family on a small farm in Massachusetts. For more than 20 years, Deborah petitioned for back pay and a pension for her service, first from the state of Massachusetts and then from the federal government. In 1809, her petition was finally granted, and she received a disability pension of $4 a month, the equivalent of about $85 in present-day currency.

The paper trail of Deborah Sampson Gannett’s fight for her pension is in the holdings of the National Archives, which is the repository of federal military records, starting with the Revolutionary War and extending through World War II.

Lately, it seems that cursive writing is a lost art. When the United States was newly born, however, it was the most common vehicle for written communications. When the members of the Constitutional Convention had settled on the final wording for the United States Constitution, they employed one man, Jacob Shallus, to “engross,” or to write out by hand, the document on parchment for the delegates’ signatures.

A veteran of the Revolutionary War, Shallus was working as an assistant clerk for the Pennsylvania General Assembly in Philadelphia while, in the same building, the delegates to the convention were laboring over the document that would be the supreme law of the land. When they had agreed on its phrasing, they called upon Shallus, who was nearby and who wrote in a fine, clear hand, to engross the document on parchment. In less than 40 hours, including time for eating and sleeping, Shallus engrossed the more than 4,000 words of the Constitution plus a transmittal page on parchment and returned the five pages to the delegates. For his labor, he was paid $30.

For many years, the identity of the engrosser of the Constitution was not known, but in 1937, historian John Clement Fitzpatrick identified Jacob Shallus as the man behind the document’s elegant and dignified script. Do you want handwriting this pretty? This Sunday, we’re talking with Thomas Jefferson himself about the Declaration of Independence, and one of our historians will be leading a learn-from-home calligraphy activity! 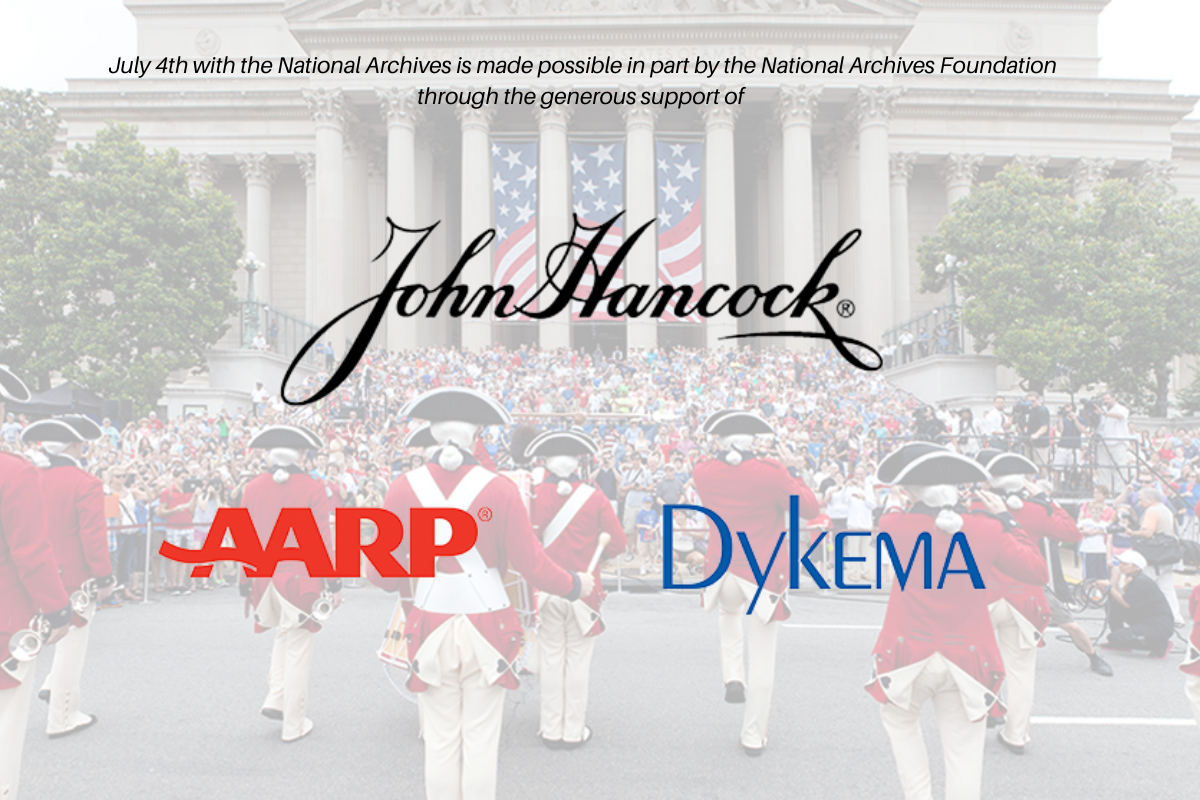