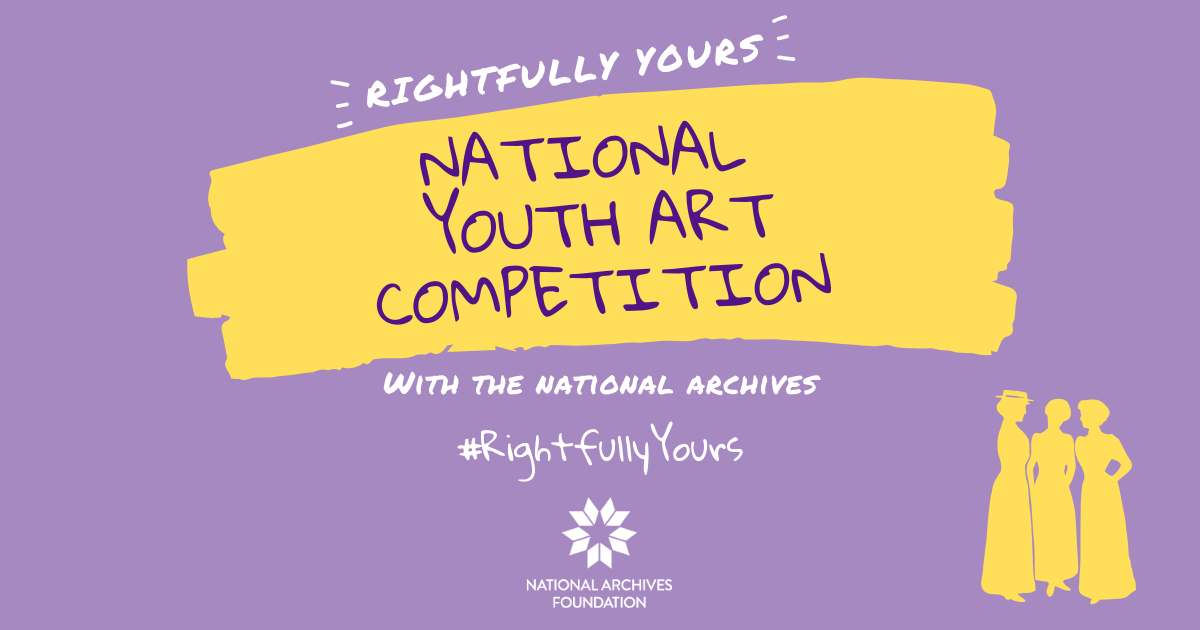 As the National Archives celebrates the centennial of women’s suffrage through its Rightfully Hers exhibit, we invited students in grades 4, 5 and 6 to compete in our Rightfully Yours Youth Art Competition. Over the course of several months we received 178 total submissions from 32 schools in 17 states. All contestants were asked to create a piece of art that answers one simple question:

What does the 100th anniversary of women winning the right to vote mean to you and your community?

The National Archives celebrates the centennial of the 19th Amendment’s ratification with its newest exhibit, Rightfully Hers: American Women and the Vote. The exhibition features more than 90 items—including the original 19th Amendment and other records, artifacts, and photographs—that look beyond suffrage parades and protests to the often overlooked story behind this landmark moment in American history. Want to learn more about the exhibit that inspired our Rightfully Yours competition? 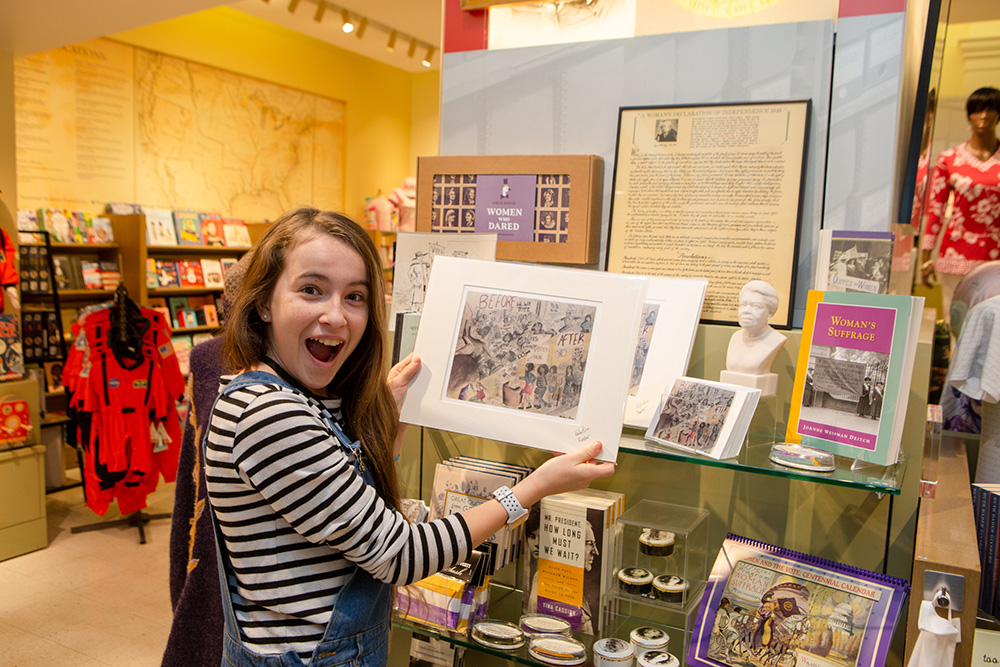 “Because of their sacrifice, women can do more than just vote. They can be anything!”
–Valentina Roever, age 12

As part of her prize, Valentina and her family joined us for a night of educational activities and performances about women’s suffrage at our February sleepover. As adventurers navigated the museum after hours, Valentina’s artwork was on display along with the artwork of each grade-level winner. It was also used to inspire a line of original suffrage-related products for sale in the National Archives Store!

Submissions closed November 5, 2019. Thank you to everyone who entered our competition and submitted inspiring works of art! We received outstanding works of art from: 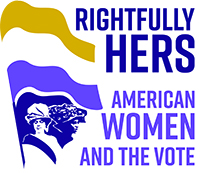