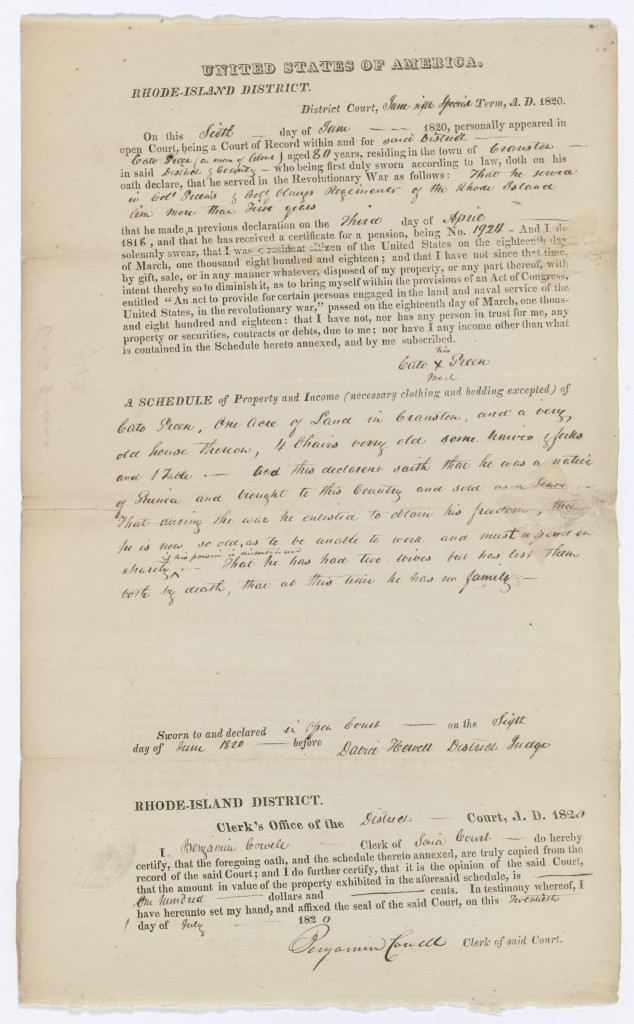 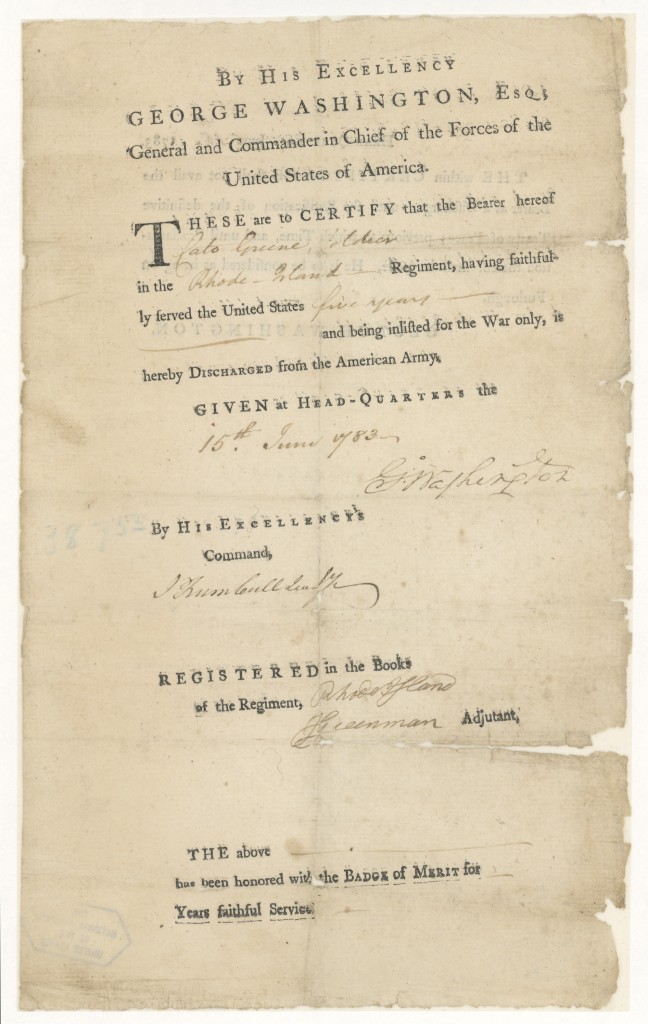 Cato Greene—captured in Guinea, Africa, and sold into slavery in Rhode Island—fought in the Revolutionary War “to obtain his freedom.” Greene’s discharge papers record that he served in Rhode Island regiments for five years and was discharged from the Continental Army in 1783 by Gen. George Washington. Greene died in 1826 at the age of 86.